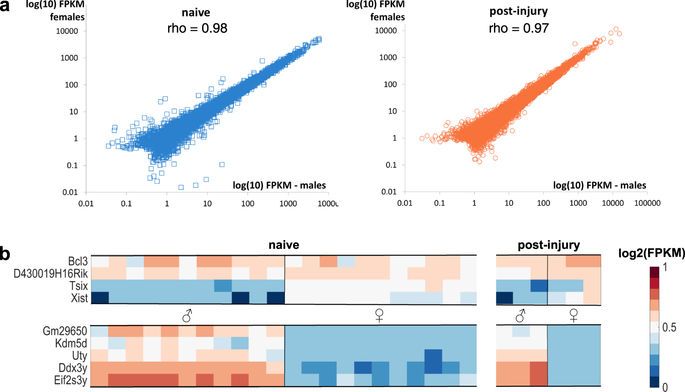 Women suffer chronic pain more frequently than men. It is not clear whether this is due to differences in higher level cognitive processes or basic nociceptive responses. In this study we used a mouse model of neuropathic pain to dissociate these factors. We performed RNA-seq on purified peripheral afferent neurons, but found no striking differences in gene expression between male and female mice, neither before nor after nerve injury. Similarly, spinal cord immune responses between the sexes appeared to be indistinguishable when studied by flow cytometry or qRT-PCR. Differences emerged only upon studying peripheral immune cell infiltration into the dorsal root ganglion, suggesting that adaptive immune responses in neuropathic pain could be sexually dimorphic.