In a world where climate zones are changing it is absolutely critical for agricultural scientists to collaborate across borders. In this case an NRF-STINT grant to support collaboration between South Africa and Sweden has allowed us to dive deeper into suitable touch points for collaboration between the South African Agricultural Research Council (ARC) and the Swedish University of Agricultural sciences. As a Swedish researcher working with the development of infrastructure for automatic data collection on dairy cattle farms (the Gigacow infrastructure) and infectious diseases entering Europe (the Defend2020 project) this is a great opportunity to learn more about the work on ARC. More specifically I was visiting the Animal Production Unit where my partner in NRF-STINT Dr Avhashoni Zwane is employed and with ARC-Onderstepoort Veterinary Research (OVR) campus which is also a partner in the Defend 2020 project. 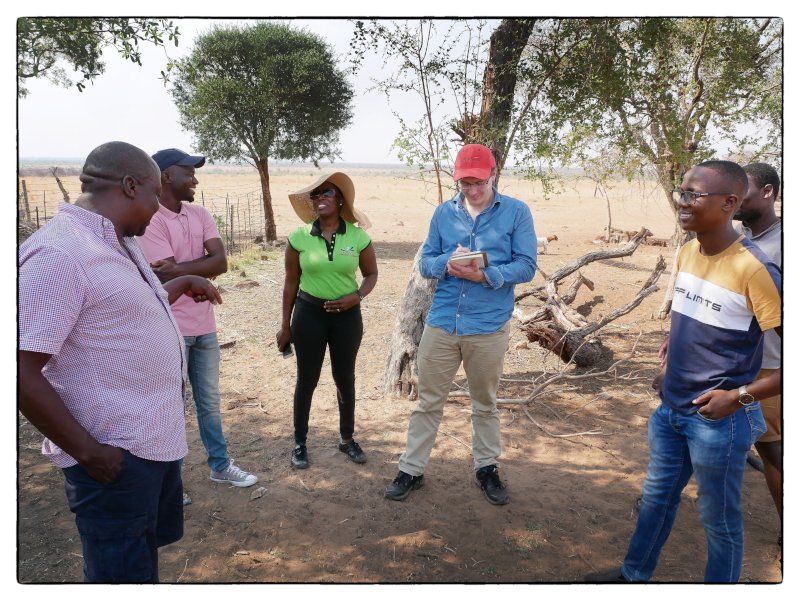 Figure 1, Mr Lucas Msiza talking about his breeding operations on the farm to a mixed group of researchers. Dr Avhashoni Zwane (green shirt) is the South African grant holder in the NRF-STINT collaboration and Dr Tomas Klingström (blue shirt) is the author of this blogpost and Swedish grant holder (Photo: Prof Erik Bongcam-Rudloff).

In Sweden, cattle farming is very focused on dairy production with family farms of 100-300 dairy cows being the most common, these farms also contribute 70 % of the beef production in Sweden. In comparison the South African cattle farming got a high proportion of beef cattle and is divided between half a million small hold farmers with only a few animals and 20.000 larger commercial farms. Farmers are rapidly digitalising their farms with internet connected devices and digital management systems to keep track of key parameters such as health, feed and pedigrees for breeding. With an abundance of potential data and international standardisation by the International Committee for Animal Recording (ICAR) this makes the agricultural sciences extremely exciting for us bioinformaticians and geneticists. Researchers are currently working hard to put these new opportunities to work in research both via ad hoc data collection for single projects and more structured data collection projects such as Gigacow at SLU and Intergis at ARC. Access to platforms such as Galaxy is therefore becoming increasingly important. Most animal scientists are great at biology but we need platforms like Galaxy to put powerful bioinformatics tools into the hands of the people best able to interpret the biological implications of our research. 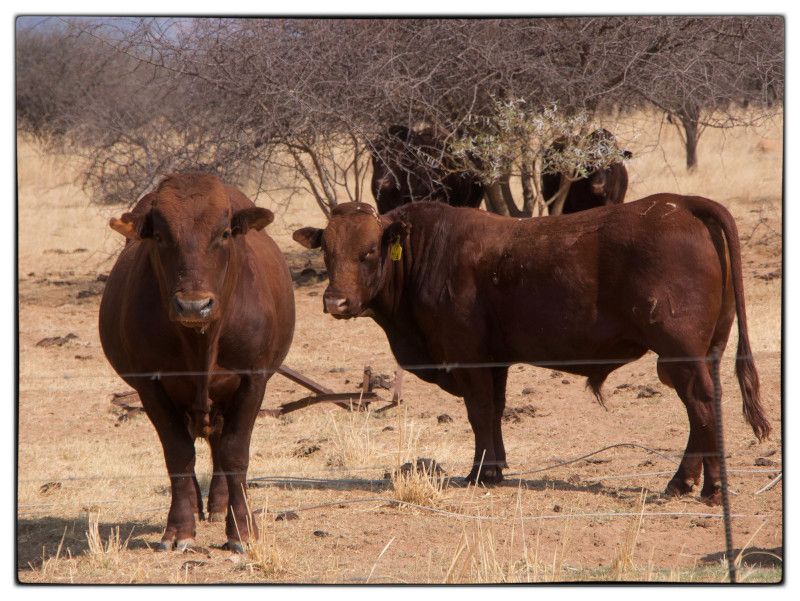 A good example of this digitalization was our visit to the farm of Lucas Msiza. Mr Msiza has since the 1980s expanded a small family farm into a 1 800 ha farm with 10 employees, 350 Bonsmara beef cattle and smaller herds of Brahmin cattle and Dorper sheep along with 150 goats grazing leafs around the farm. Central to this work has been a solid management of the farm with a focus on good feed and good genes which is supported by careful management. With a digital management system all employees nowadays enter relevant data into the farm management system using their mobile phones to keep track of births, diseases, consumption and other important values for selection of studs for breeding. In a time when many are panicking about climate change it is also exciting to see that he, despite reoccurring droughts, is committed to further expansion of his farm by extending pastures and increasing crop production from irrigated farmland to supplement the grazing which contributes 80 % of the feed intake during a normal year. 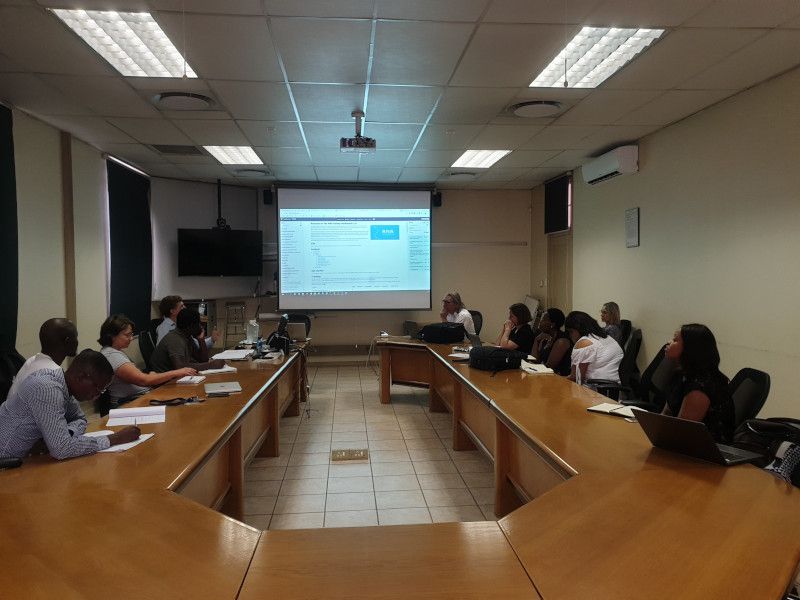 Figure 3, talks on RNA Workbench and the different projects of mutual interest. Many of the participants also participated in an extra training session on the Saturday to get an introduction on how to use the Galaxy Training Network resources on (usegalaxy.eu) to practice bioinformatics which was much appreciated.

Our next step will be to set up Galaxy servers at SLU and the ARC Biotechnology Platform to share workflows with each other. Our first project will be based on the RNA Workbench to work with genetics and transcriptomics for predicting the host response to the Lumpy Skin Disease. Thanks to a live attenuated vaccine from Onderstepoort the spread of Lumpy Skin Disease in Europe has not only been halted but reverted. In many other regions the disease will however remain endemic which means that workflows must remain relevant for a long time past the end of European funding. 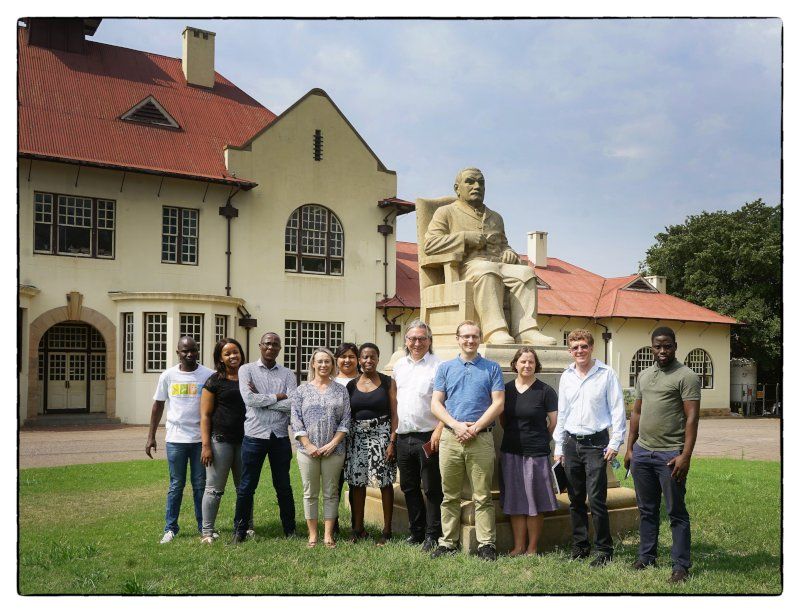 In November we also look forward to the ELIXIR Biohackaton in Paris to finish the 1.0 Version of Galaksio which will be a useful asset to distribute more standardised Galaxy workflows for researchers. The Galaxy interface is optimised for iterative analysis but with routine sequencing data it is often desirable to run workflows in a standardised manner followed by in-depth analysis and comparative studies conducted by veterinarians or biologists who can benefit from this more accessible interface. This work combined with the first installation will then serve as a basis for future collaboration regarding livestock genetics, ecology and adapting to the increasingly digitalised world of agriculture.