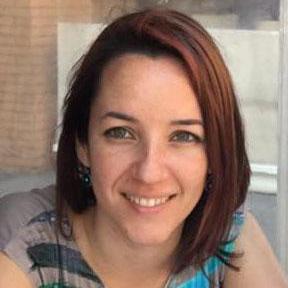 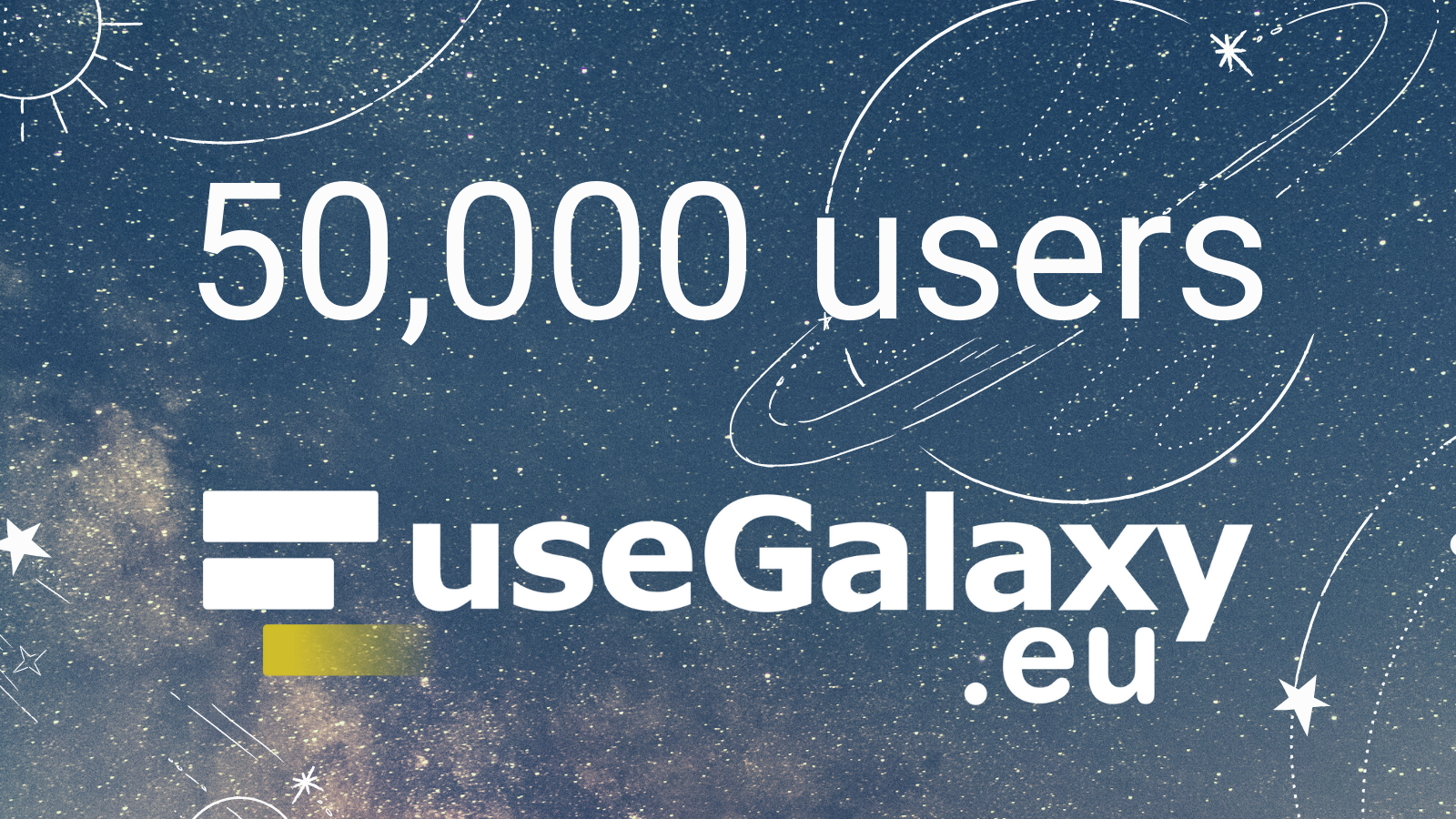 The European Galaxy server was officially launched on March 15, 2018 during the first Galaxy User Conference in Freiburg. Despite the short timespan, many things have changed since then: from 800 users at that time till the 50,000 that we’ve reached this year!

The European Galaxy server provides free computing resources to scientist all over the world (more than 100 countries!). The aim is to support scientists at all career stages and regardless of their socioeconomic background, so that everybody gets the same chances to perform data analysis. Some of our users have shared with us some interesting scientific uses cases and publications in scientific journals that show the importance of the use of the services in the scientific progress.

Not only the amount of registered users have grown, the number of tools installed is now over 2,800, 47M jobs have been run, 260K workflows have been executed… The training activities have also increased, reaching 13K trainees using Training Infrastructure as a Service (TIaaS) in different aspects of science. The Pulsar Network has now 12 nodes in Europe (UFR, de.NBI Cloud, CESNET, IBIOM-CNR, ReCaS-Bari, VIB, VSC, Tecnico ULisboa, GenOuest, Diamond Light Source, UIB and CSC). Take a look at these and other impressive numbers in our factsheet: 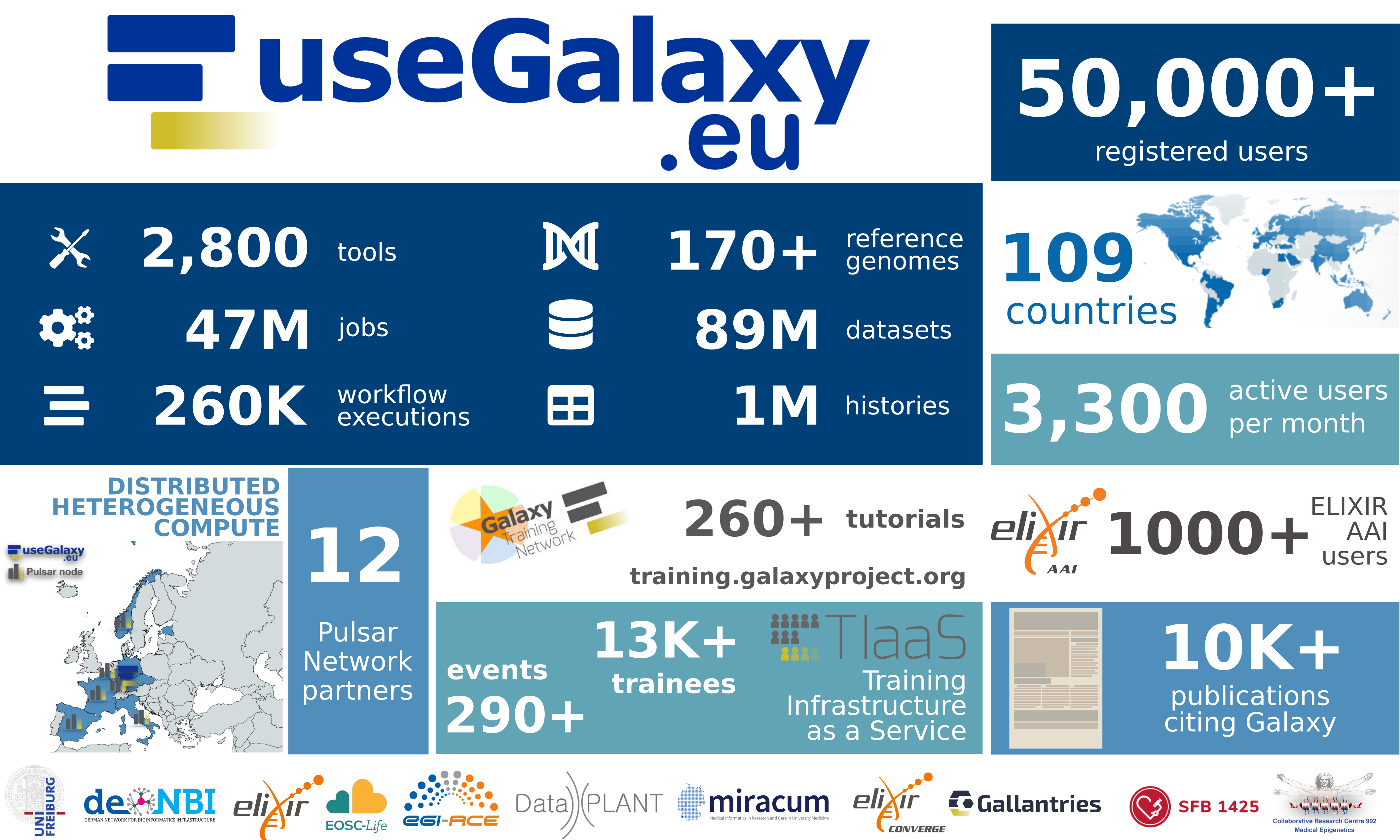 And we wanted to celebrate this important milestone with all the people that have supported us in all sorts of ways: facility management, technical support from the compute center to manage an increasing hardware infrastructure, our sponsors, the EU office at the University of Freiburg, the Backofen lab, the Faculty of Medicine, the member sites (Erasmus MC, VIB, Pasteur, Genouest, ELIXIR-IT/Laniakea, ELIXIR-FR/IFB), our power users, the past and current members of the team and the rest of the Galaxy community!

Big thanks to everybody that has contributed to the success of UseGalaxy.eu and to each of the 50K users for using Galaxy! Next stop: 100K! 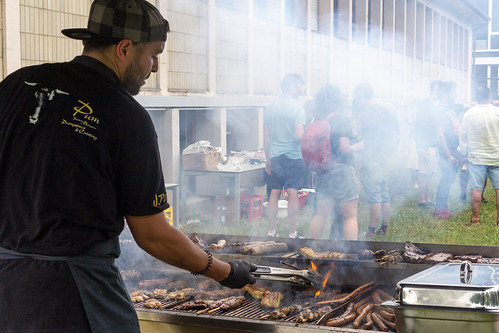 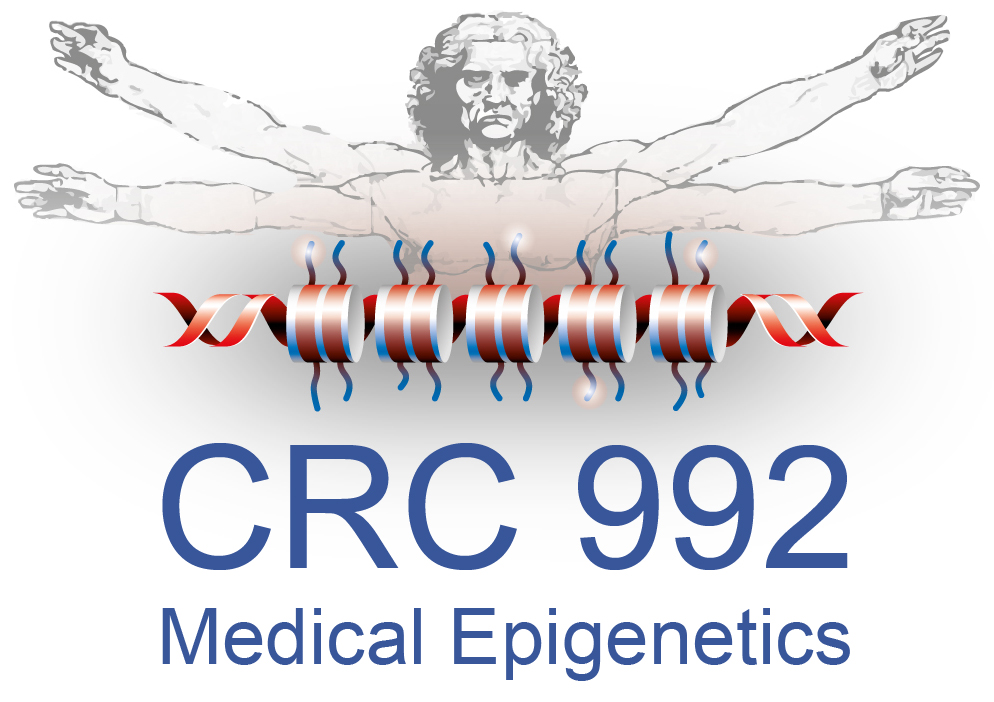 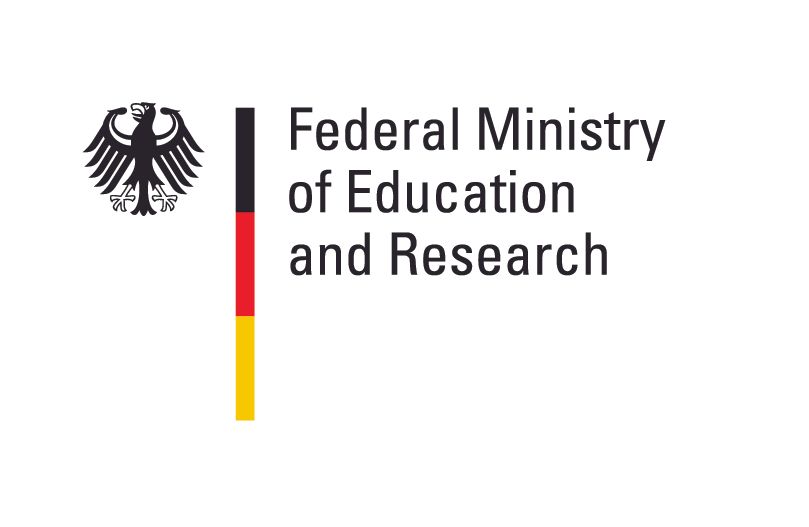 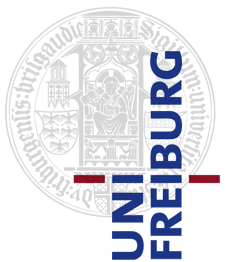